Our Horses and Ponies 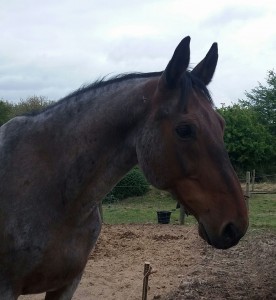 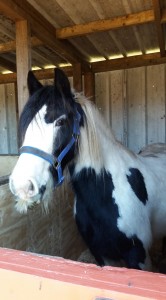 We have 33 horses and ponies in our care

here are details of a few of them

Tizer is a 40 year old retired riding school horse and has been at the sanctuary about 10 years. He has a very complex personality. He threatens to bite and kick out at anyone walking past him if he doesn’t want attention. Other times he is very sweet and loving. Tizer is like Marmite: you love him or hate him. Luckily for him he is really loved at the sanctuary and when our volunteers are giving him attention, you can see he secretly loves it

Sonny is Carol’s horse. He has been at the sanctuary since 1996. Sonny can be a clown, a leader or a frightened child. His past still comes back to haunt him after all these years. He is very sensitive and likes to keep his routine. He is totally blind now and Carol and Sonny have such a close bond that she occasionally rides him which takes a massive amount of trust between horse and rider. Sonny instigated this himself because he was broken hearted every time Carol rode one of the other horses when she always rode him. One day after watching a video about a blind horse and his rider Carol thought “I have that special bond with Sonny too! Why not give it a go?” and it was amazing how Sonny didn’t seem to be blind once she was on him. Amazing! 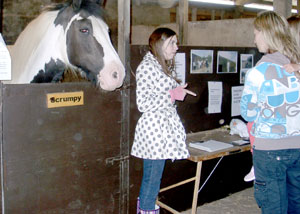 Scrumpy was born at the sanctuary. She was Truly’s foal. Scrumpy is a good natured, excitable, girly mare. When she was weaned from Truly, Sonny started looking out for her and they are to this day close friends. We call him her uncle. Scrumpy has never known anything bad happen to her. She has had a gifted life 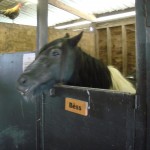 Bess, another piebald, has been at the sanctuary twice. She had a stay for a few months when she was three; we worked hard to get her manageable, only to have her owner sell her to a dealer. The money was more important to her than poor Bess. This caused huge upset at the sanctuary as we knew how vulnerable she was. A couple of months later a friend noticed her for sale in a magazine. In the picture which was with the advert she looked frightened and so a group of volunteers made the journey to where she was and listened to  a pack of lies about what she had achieved etc.. When they had finished, we told them who we were and negotiated a far more realistic price and took her home again to the sanctuary. She had been so mistreated when they tried to break her that we had to leave it a year before starting her training again

Azrah was an unwanted foal and came to our sanctuary with an almighty chip on his shoulder. He can be very aggressive with other horses and, if the mood takes him, he can be aggressive with people. Thankfully the aggression has mellowed a little over the years but he still goes out in the paddock alone

Honey has been at the sanctuary for many years. She suffers from COPD, which if not managed can make her very ill and breathless. Honey is a very old lady now, but is keeping pretty well. 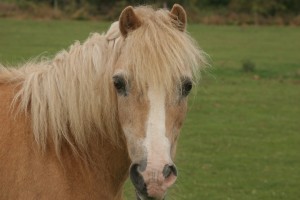 Sky is a large Shetland, brimming with personality. She came to live at the sanctuary because her owner died and she has a condition called laminitus: this is managed at the sanctuary, so that she stays well.

Tags is a very cheeky black Shetland, who has been at the sanctuary for 20 years. He loves chewing the buttons and zips on your coat 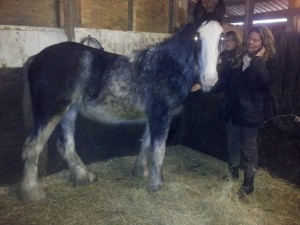 Peggy is a younger horse, she came to us in 2013 and was born on the 17th August 2012. Peggy travelled over from Kerry in Ireland. The home she went to didn’t work out after just 5 days, and so she came to us. Peggy’s old owner still stays in touch which is really nice

Banner is a Shetland pony that was unwanted at 7 months old. We gave him a home and he is a very cheeky lad 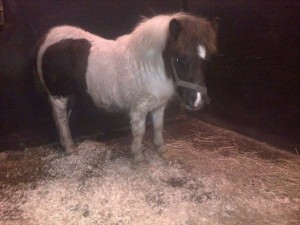 Maddie and her foal Chocolate are our latest two ponies. Maddie is also Banner’s mum; when she arrived, she recognized Banner immediately and a happy reunion took place! 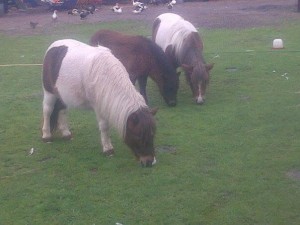 We have 3 travellers youngsters called Dante, Tao and Raj. They came to us very young and wild. we spent a lot of time getting them round and now they are delightful young geldings Carly is another travellers horse she is black with a white blaze and socks. she was Truly’s older daughter and Scrumpy’s sister.  Bobby, Beano, Ella and Big Rosie came all the way from Southern Island when their owner a very close friend of the sanctuary passed away. It was his wish that his much loved horses lived out their days at Greenland Grove animal Sanctuary. They are much loved horses with us too. Brown Jack came in recently due to health and behaviour issues. We are having quite a few problems with his behaviour too but are confident we will be able to manage him somehow. Blue bell is a lovely older black Shetland. We have had her for around 2 years and she is good with children. Red is a gorgeous huge hunter who came to us for his retirement when his owner went to university. He is very much loved by everyone..

Magic is a pony who lives with us as his owner isn’t able to care for him herself, 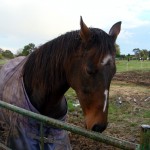 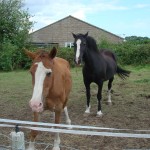 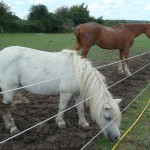 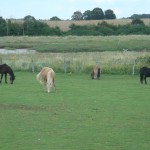